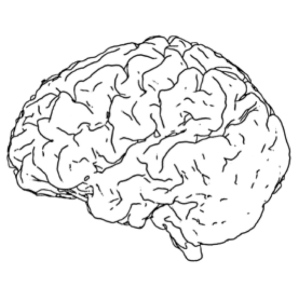 on the occasion of
Carmen Birchmeier’s 60th birthday

In 2013, unbeknownst to most of her colleagues, friends, enemies, distant cousins, and predoctoral students, although not necessarily in that order, Carmen Birchmeier adapted ancient procedures from Medieval alchemists, added some spices from old family recipes, and developed a method of extracting human brains from their natural environment and maintaining them in vitro in the lab. The second step was somewhat harder than the first. Debrainings have been performed before, of course, but the methods remain nearly as labor-intensive and time consuming as they were thousands of years ago. Birchmeier’s innovation was to develop an automated, high-throughput pipeline. But the more serious bottleneck was Step 2: keeping a human brain alive in the lab for more than, say, 10 seconds. That’s where the spices came in.

Once the brains were surviving long enough, Carmen’s carried out some relatively successful experiments to replace the brain in the head, usually that of the original owner, although in one case some sort of administrative error led to what is probably best termed an “involuntary exchange.” The problem was not detected for quite some time because as it turned out, each of the brains preferred its new habitat. Each brain knew that it was in the other body, but it didn’t know whether the other brain knew, and if it didn’t know, well what it didn’t know wouldn’t hurt it. This led to some strange conversations in which everyone was pretending to be someone else, which can be confusing, especially when you were sitting across from yourself. But you don’t need to know any of this. In fact, just forget the last paragraph, because nothing in it reached statistical significance.

The lab attempted to publish a paper on the subject, but reviewers rejected it on the grounds that it was “merely methodological” and “unlikely to have any practical clinical applications.”

Because she feels, however, that this work might be useful to other neuroscientists, her lab has collected a number of protocols describing the proper treatment of brains in the laboratory. This document is intended as a guide to other groups who might be interested in replicating her work.

Removal of the brain

Checking the overall status of the brain’s health

Hold the brain between your two hands and give it a gentle squeeze. A healthy brain should have the consistency of cauliflower. Is it firm or squishy? Does it smell like alcohol, garlic, or cigarette smoke?

Which type of cheese does the brain resemble most?

Check overall symmetry by rolling the brain over a level surface. If the owner has worn a hat for many years, it may be squished on one side. 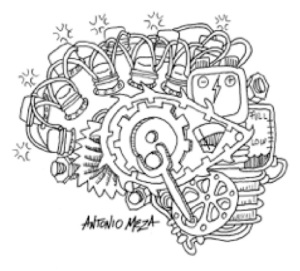 Before removing the brain, you should obtain a general sense of its overall function. Since brain functions are based on electrochemical energy, two simple tests can be performed:

2. Insert a USB cable into the ear and see if the brain appears as an external device on your Mac computer (OS X.7 or higher). If you do not see the “brain” symbol on your desktop, try to mount it using the Disk Utility. If this does not succeed, try another brain. If the brain is password-protected, ask the owner for permission to access it.

Basic protocols for handling brains in the lab

If kept outside the body for long periods of time, brains should be occasionally turned to avoid bedsores.

There is anecdotal evidence that brains enjoy an occasional massage.

If the brain is to be replaced in a new body, use a powerful magnet to erase old memories. The operating system may need to be reinstalled.

Brains may be frozen. For defrosting, use the LOWEST setting on the microwave oven.

The “three-second rule:” If a brain is accidentally dropped, but picked up within three seconds, it is unlikely to be contaminated. Simply brush off any visible dirt.

The brain’s expiration date should be written somewhere on the bottom. Check the date before reinstalling a brain. A brain may be kept past this date if it has been refrigerated and does not smell. Expired brains can be fed to pets.

Meticulously record all tune-ups and repairs in the service manual, which is generally found in a pocket inside the skull near the left ear.

Do not use the brain in games of Nerf basketball or other sports activities.

Do not allow pets to play with brains.

Don’t let the brain get bitten by mosquitoes. The itching will drive it insane.

Brains sunburn very easily, so any brain exposed to sunlight should be generously coated with a sun-blocker with a rating of 50 or above.

Advise patients to get brain insurance before any procedure so that they can receive compensation in case anything goes wrong, providing they remember.

Brains often shrink slightly when stored outside the body. Upon reimplantation, use bubble packing to make up for the extra space.

If the brain seems too large for the skull upon reimplantation, use Vaseline or some other petroleum-based lubricant to ease it in.

If you have replaced a brain and notice some extra parts lying around, such as the hippocampus, just put them in wherever there is space. They will automatically migrate back to the proper position.

A reimplanted brain may need to be reanimated with an electric charge to function. Any normal taser will do. Stick the business end in one ear and deliver a charge until the patient tells you to stop.

If upon brain removal you find a computer chip or some other electronic device, you should assume that it is government property. Destroying it is a federal offense accompanied by a mandatory sentence and a fine. Get rid of it, but make it look like an accident.

If the brain belongs to a friend or acquaintance, you may be tempted to carry out some slight alterations to improve its personality. Any such measures are, of course, unethical, unless they are intended to improve the person’s singing. Do not be tempted by additional suggestions for improvements from the patient’s spouse or family.

It is illegal to sell a brain, but you may pawn it for short periods of time. Do not bet a brain in a poker game, even among members of the lab.

Don’t dress it in a silly hat, doll’s clothes, or make distasteful drawings on it with a permanent marker. Only write on the brain with an erasable whiteboard marker.

There is no evidence that when a brain is removed from the body, it can control the minds of people around it. Of course, that’s what it would want us to think.

If the brain belongs to a famous person, don’t take it out in public and show it around, especially in a bar. You may, however, do whatever you like with the body, provided it is restored to its former condition before the brain is reinstalled.

Do not stick Post-its directly onto the surface of the brain.

Do not use a brain as a Halloween Jack-o’-lantern.

Although brains are highly similar in appearance, each brain is unique and gives off a distinct smell. Train a dog to distinguish them.

A brain is not a pet. Do not try to teach it tricks.